A nationwide database of Thoroughbred
ex-racehorses available for adoption

Published by TAN On Feb 17 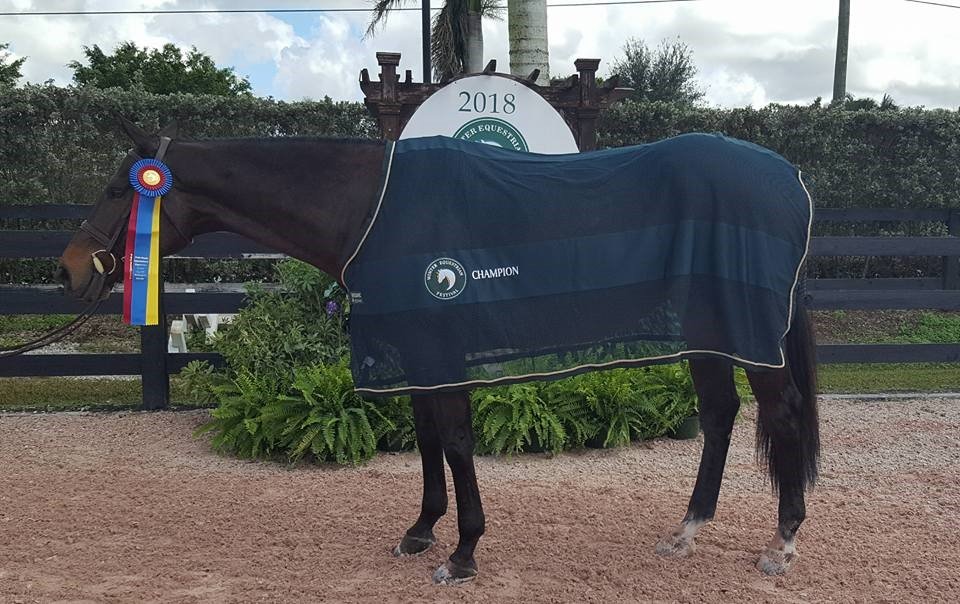 Easton’s Rocket aka “Rocky”, a late foal of 2012, started his racing career as a two year old and failed to break his maiden in four races. So his owner’s opted to sell him. Luckily someone saw his true potential.

We spoke with his owner Pam Landis about Rocky and thoroughbreds in general. Landis has been riding and showing thoroughbreds her entire life. She buys ex-racehorses and retrains them for sale. She is in this business to fix the perspective that Thoroughbreds can and have been as successful as warmbloods in the horse show world. Landis got involved with racehorses when she obtained her PA trainers license over 17 years ago. She is also a Registered USEF hunter and jumper judge. She has witnessed the change from the thoroughbred show horse to the warmbloods that now dominate the show circuit.

“I am in this to change the narrative”, said Landis. When asked that all important question about how she found Rocky among hundreds of horses at Parx Racetrack, she replied: “I look for good conformation, athletic ability, movement, size and temperament. I have been fortunate to have trainers seek out the horses that I would be interested in and they contact me to look at them.”
The Thoroughbred Adoption Network visited Easton’s Rocket at the Wellington Winter Equestrian Festival where he was showing in the TB jumper division. We didn’t know when he was on deck but we recognized him immediately when he entered the ring. He was relaxed and blended easily into the hectic horse traffic at Wellington, showing a natural intelligence and experience beyond his years.

Landis explained that when she first looked at him at the track, he wasn’t revealing that calm demeanor, as Rocky was “fit” to race and in racetrack routine. “I had to trust the trainer that recommended him to me. I had him vetted and scoped because I would be investing a good deal of money, time and training into him. Once off the track and ‘let down’ from that atmosphere, he calmed down and now is the barn ‘pet’.”

Rocky has been very successful this winter so far in the hunter, TAKE2 Thoroughbred League, and jumper divisions. He was Champion in the TB Hunters and the TB Jumpers at WEF Week 1. He is trained by Peggy Thorndyke, Tulocay Farm . Victoria Colvin, a top professional has been riding him and thinks he is the greatest.

We will keep watching him throughout this season along with the other registered Thoroughbreds competing around the country in the show ring and eventing trials.
Easton’s Rocket is a proven success and available for sale. Here is a link to a recent ad in The Plaid Horse on page 31. https://issuu.com/theplaidhorsemag/docs/tph0218.